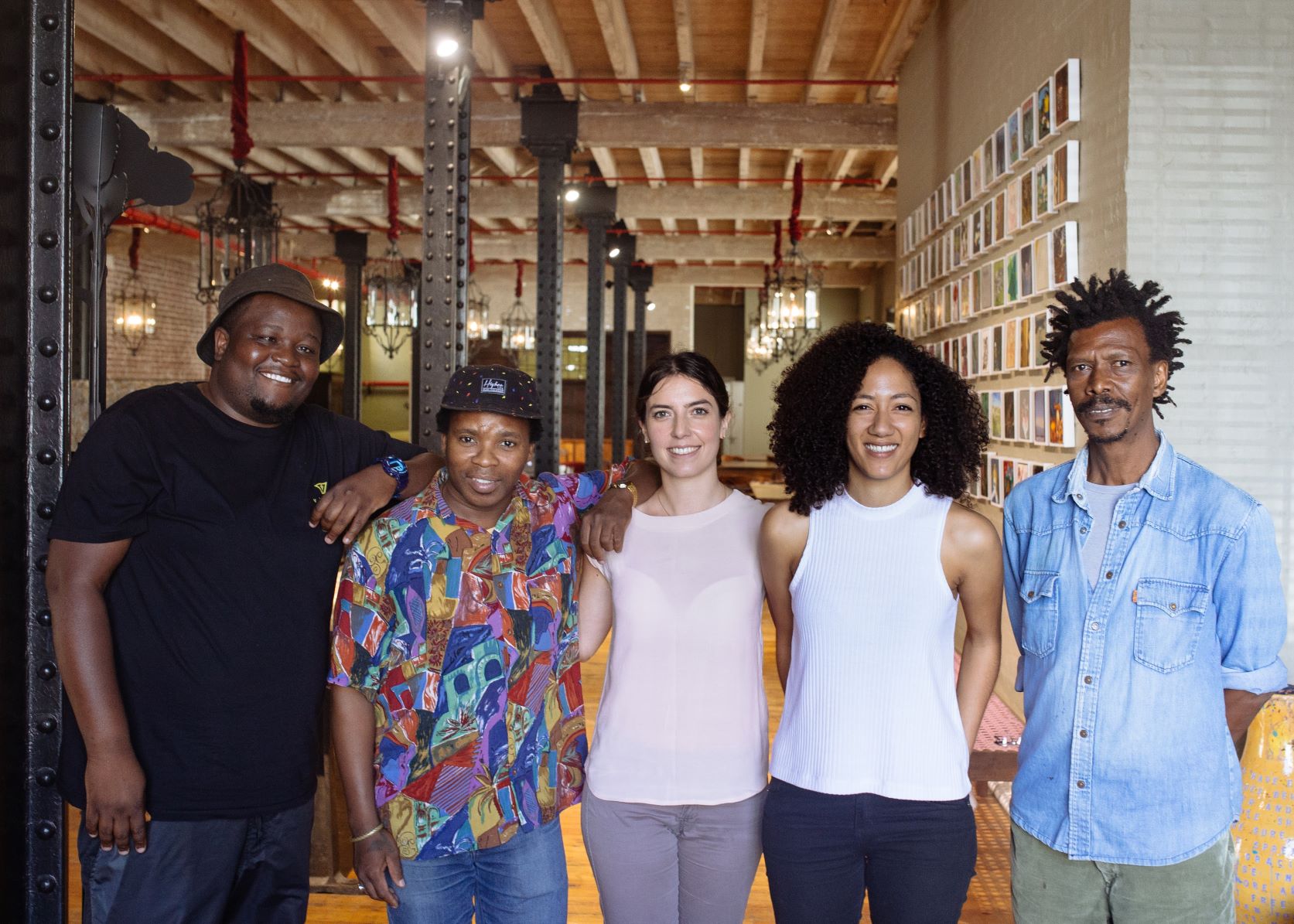 We’re already getting Fired Up for the 2019 Nando’s Creative Exchange! This annual group art exhibition will run from 14 December 2019 to 16 January 2020 at the AVA Gallery, Cape Town and is held in partnership with Spier Arts Trust.

Creative Exchange was first established in 2011 to recognise emerging, South African fine artists who demonstrate exceptional ability. We’re PERi excited to share the names of the four artists selected for this year’s exhibition!

Congratulations to them all!

These artists will enjoy the opportunity to take part in the exhibition sponsored by Nando’s, as well as mentorship opportunities and sponsored art materials. They will be encouraged to further develop a unique, personal narrative in their work while building on the professional-practice skills so vital in their career development. They will also be supported in creating a comprehensive body of work for a group exhibition, available for sale to the public at exhibition at The AVA Gallery.

The Creative Exchange artists will also enjoy media exposure at a group exhibition that runs concurrently with the Basha Uhuru Freedom Festival at Constitution Hill in June 2019. Works from the Nando's collection and the Spier Arts Trust Creative Block programme will also be exhibited at the festival.

The curatorial theme for the Creative Exchange Exhibition will be decided on while the four artists work together towards this exhibition, under the guidance of a mentor, who will provide ongoing feedback and guidance to help nurture their talents.

By enabling artists to focus full-time on their artistic careers with the potential to earn a regular income, Nando’s is making a difference in people’s lives while growing their body of high quality Southern African contemporary art – currently comprising more than 21 300 artworks.

Here’s a bit more information of each of these talented artists:

Adolf finds inspiration in the mundane – the often-overlooked aspects of life. Of particular interest to him are the faceless and often disregarded masses that populate our environment. He is fascinated with the density and scale of these masses – whether they are moving across borders in search of a better life or commuting together on their way to work. In keeping with this, his artworks are often times populated densely.

Originally from Zimbabwe, Adolf obtained a Diploma in Fine Art from the National Gallery of Zimbabwe in 2006, specialising in painting and sculpture. In 2007 he relocated to Cape Town, where he joined the Good Hope Art Studios. He has participated in a number of group exhibitions and held his first solo exhibition, Africa Without Borders, at The AVA Gallery in Cape Town in 2012.

Robyn is inspired by her everyday surroundings and the people that cross her path. As a photorealist, she is drawn to the fine detail of what she is painting. Her artistic process is inspired by the individual she chooses to paint. Through her art, she investigates the connections existing between the environment human beings live in and their identities.

Born in Belhar, Cape Town, Pretorius was exposed to art at a young age and became the youngest cartoonist for the Sunday Times in 2001 (aged 13). She has showcased her urban inspired artwork in New York in 2014 and was one of seven artists chosen to participate in a New York Trade Mission in association with the South African Government Trade and Industry Department. She was commissioned by SA MINT to paint a portrait of Muhammed Ali for the Krugerrands’ 40th anniversary, which was exhibited as part of their private collection at the FNB Joburg art fair in 2017. Most recently, she participated in a group exhibition called L’acte Final, Scene One: Louis and Friends, at Gallery University of Stellenbosch.

Painting from the heart, Thembalethu Manqunyana’s work is inspired by Western theory and African art. He is also influenced by the Neo-expressionism master, Jean-Michel Basquait and Pablo Picasso’s Cubism period.

A painter, sculptor and printmaker, Thembalethu is a performer, researcher and educator in art. His aim is to create opportunities and provide support for artists in disadvantaged communities. He describes his style as ‘free form’ and paints in oil and mixed media using bright colours.

Thembalethu lives in Port Elizabeth, Manqunyana. He studied art and design at Russell College and then practised fine at the Nelson Mandela Metropolitan University Art School. He holds a Bachelor of Fine Arts from Rhodes University in 2013. In 2015, he won The Most Promising Artist at ArtEC, Eastern Cape. In 2017, he practised live performance art at AFDA in Port Elizabeth. His latest exhibitions Spirit of the Heart, held at MOK Gallery in Stellenbosch in 2018, and an exhibition at GFI art gallery in November 2018.

Wonder was a dancer until his life descended into chaos after a tragic accident left him severely injured. Unable to practice his craft, he eventually found himself living like a hermit on the slopes of Table Mountain.

After a chance meeting with an artist at a soup kitchen in 1995, Wonder was introduced to Greatmore Street Studios and his art career began. His paintings walk a tightrope between being representational and abstract. He makes use of photographic material, but his images are manipulated to such a degree that they become entirely independent from the sources. Some of these images leave the viewer with absolute freedom to interpret the work as they see fit.

Wonder lives in Cape Town, where he partook in an artist residency programme at Greatmore Studios in 2001. He has participated in group exhibitions locally and abroad with his most recent being The Artist’s Prism (2015), Eclectica Modern Gallery, Cape Town. His work forms part of a number of collections including Spier, Hollard, SAB and Nando’s UK.

Mentorship for artists from Sepideh Mehraban

Sepideh Mehraban is an Iranian-born artist, working and living in Cape Town, who will be mentoring the 2019 Creative Exchange artists. Her work explores memory and landscape, looking at the overlaying and veiling of paint as a means of expressing layers of existence and experience. In her academic work, as well as in her personal projects there is sensitivity toward recent history in Iran with parallels to be found in the country she now calls home, South Africa.

Mehraban is currently completing a PhD in Fine Art at Stellenbosch University. In 2018 as part of her PhD research, she curated an exhibition in gallery MOMO in Cape Town and Johannesburg titled Cape To Tehran: Re-imaging and re-imagining personal history in Post-Apartheid South Africa and Post-Revolutionary Iran. There were 19 artists from Iran and South Africa whom exhibited their work in response to current social political matters of their homeland. She was invited on a panel discussion at AKAA (Also Known as Africa) Art Fair in Paris to represent her project.

She has been teaching at UCT and Stellenbosch University since 2013. Educating the younger generation of South African artists is her passion and she has agreed to participate as artist mentor in Nando’s Creative Exchange 2019. “Spier Arts Trust has been one of great supporters of my art and it is a great honour to be part of the Nando’s art initiative. I am looking forward to many more collaborations and am grateful for the support.” 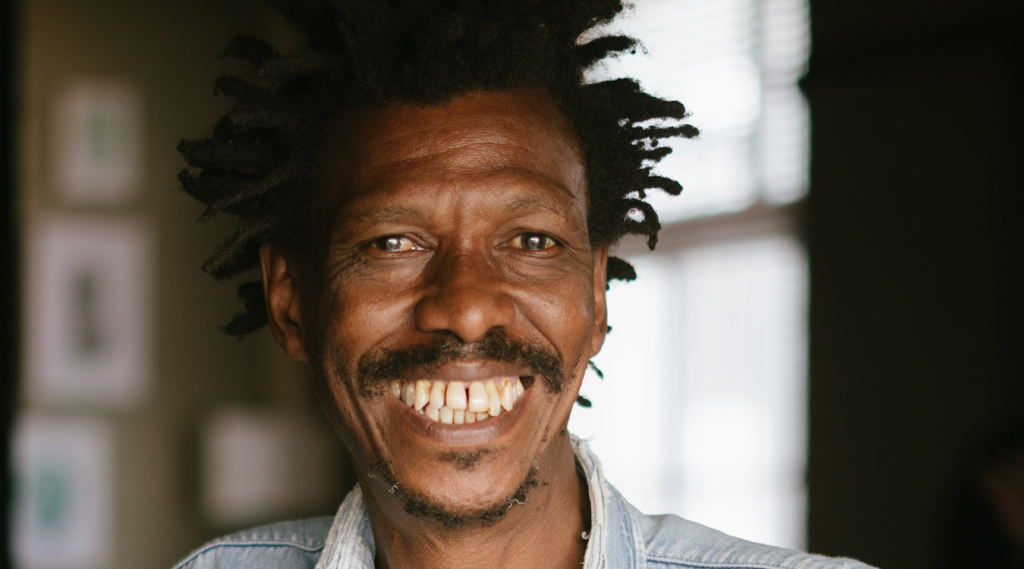 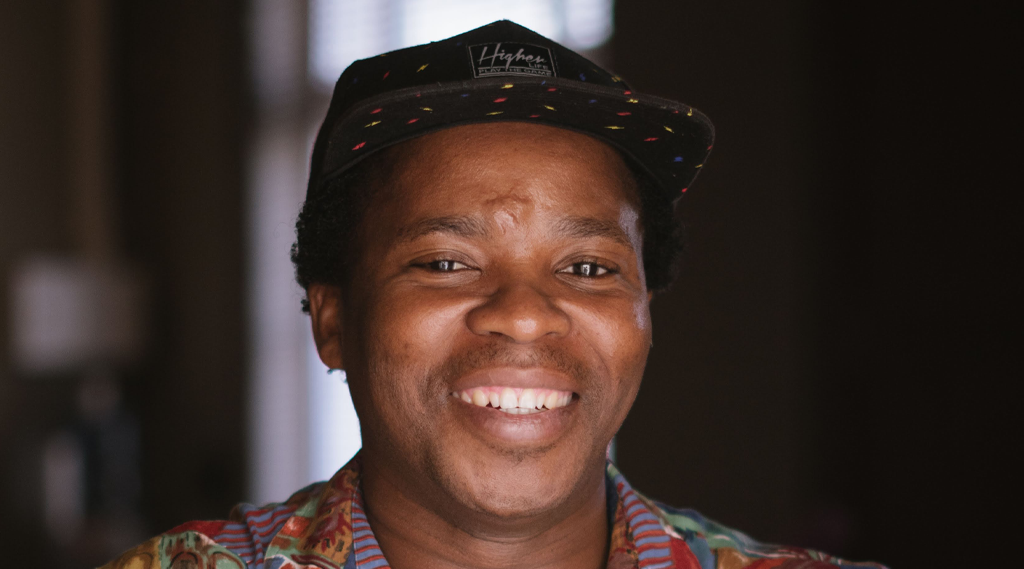 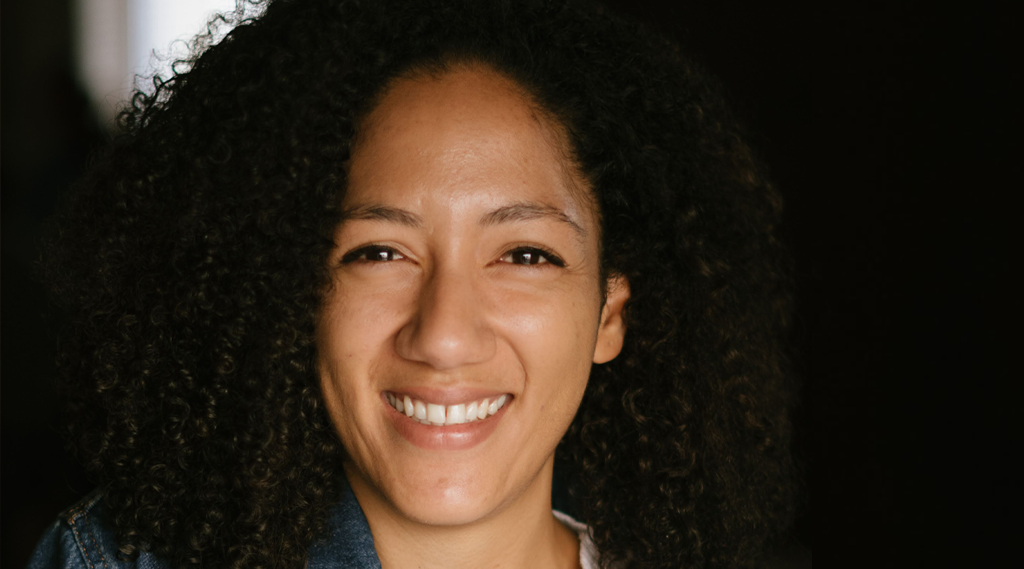 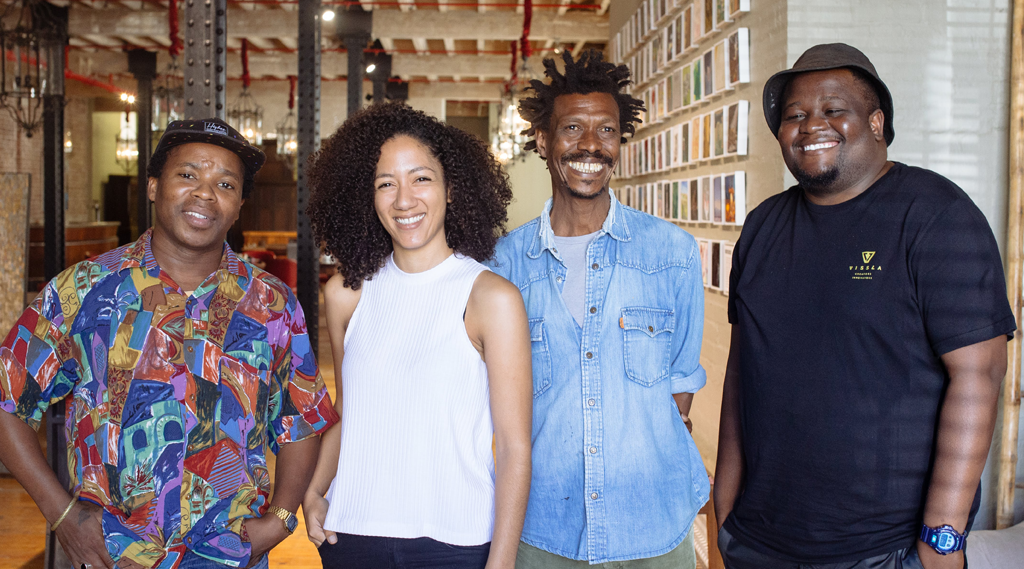 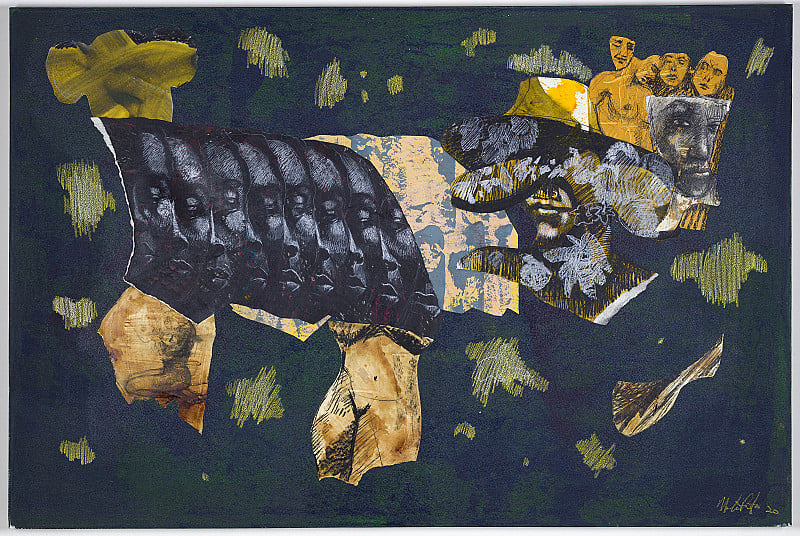 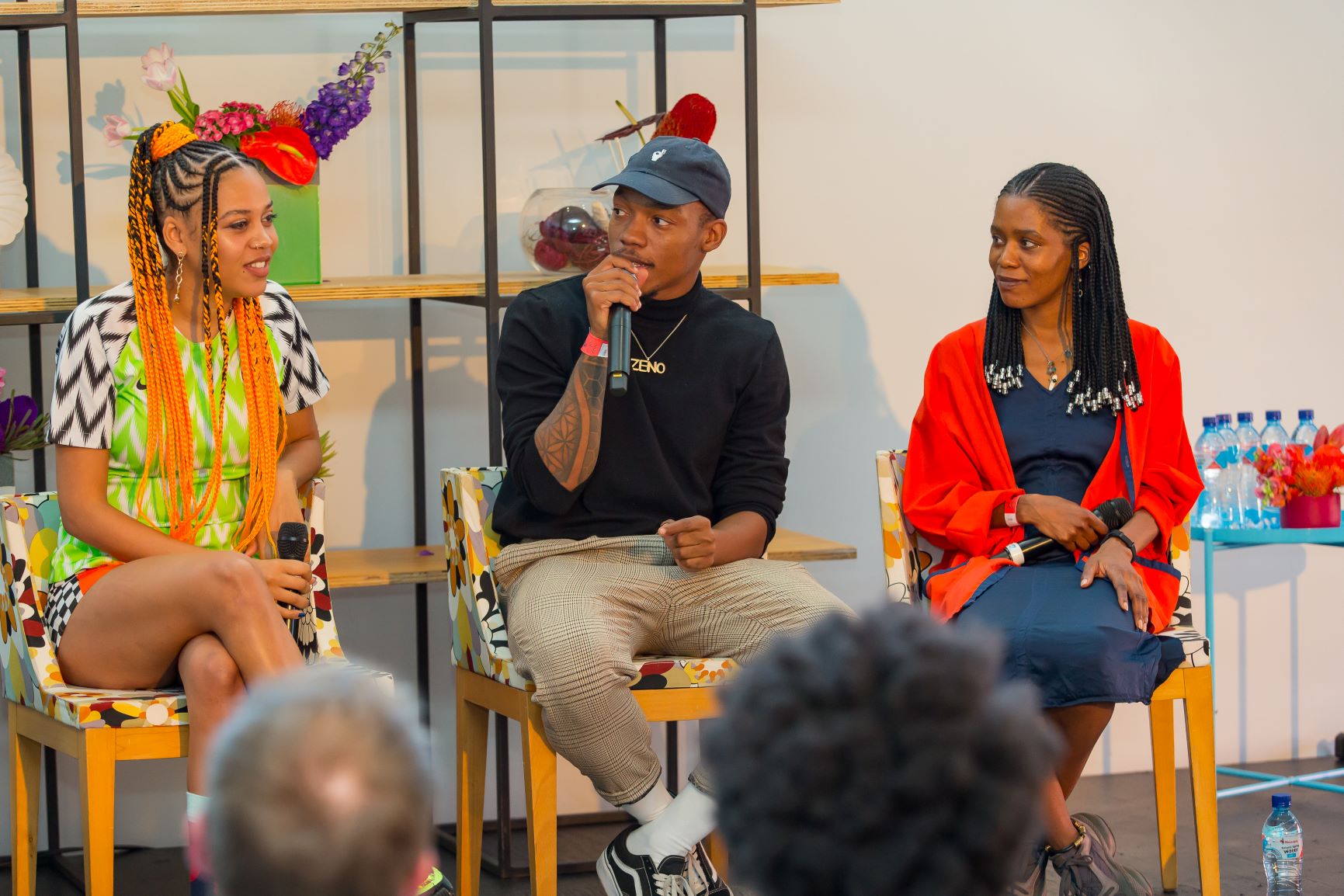 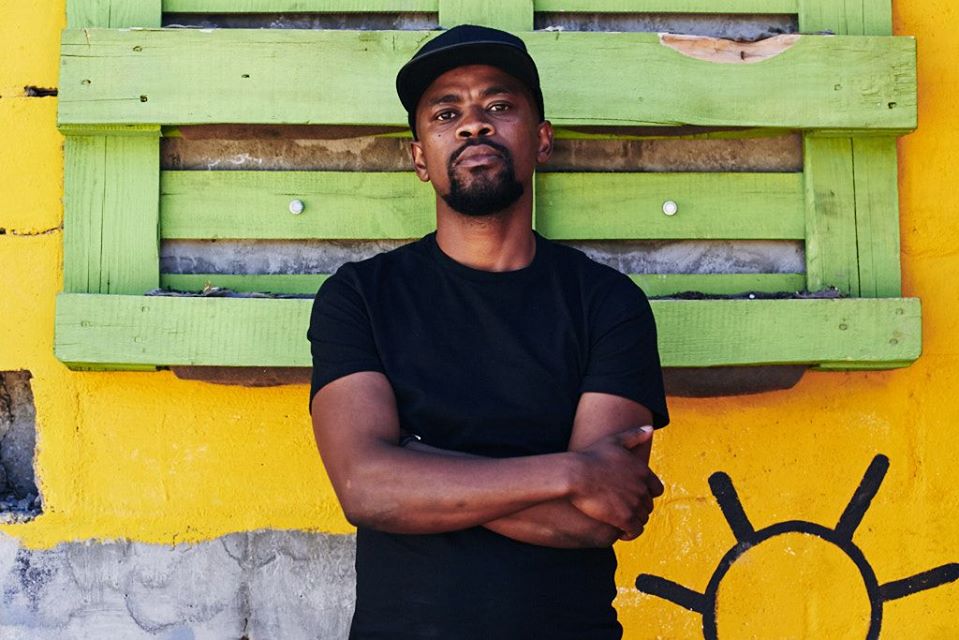